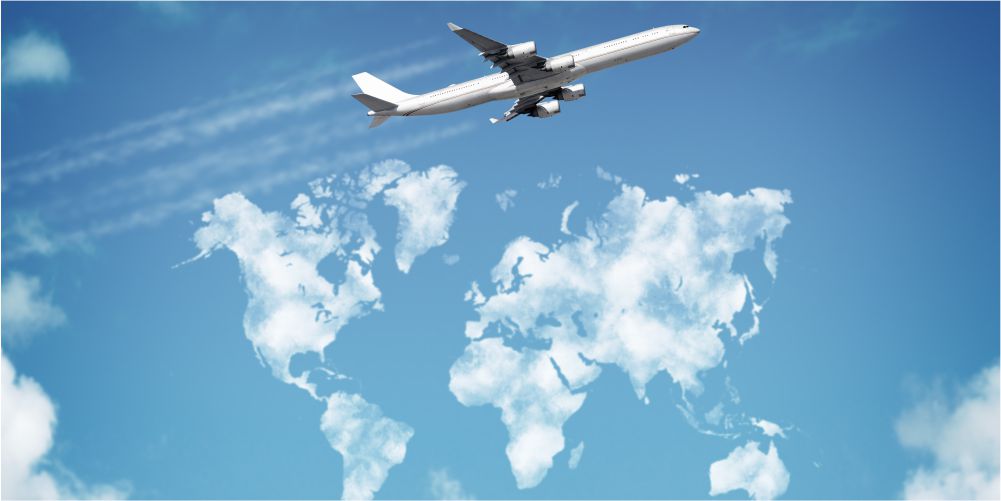 The principal focus of ECAC's activities are ECAC States themselves, yet Directors General recognise the importance of external relations, and the need for the organisation to build on its core strengths, particularly its ability to engage with regional bodies and establish partnerships.

Since its creation in 1955, ECAC has established and maintained cooperative relationships with a range of non-ECAC States and organisations. These relationships were initially limited to other European States, which later became members of ECAC themselves, and to international and European organisations. They have been extended progressively to all regions of the world, in line with the international dimension of the air transport sector, and ECAC's role within it. This is reflected in the policy document "ECAC External Relations Policy Statement", endorsed by ECAC Directors General in December 2015.

It falls within the responsibilities of the President of ECAC to establish andmaintain Member States' relations with ECAC's sister regional organisations in Africa, the Arab world, and Latin America and with other governmental and non-governmental organisations in the civil aviation field and with States worldwide, reflecting the fact that these relations are of great importance to ECAC.

ECAC has always had a special working relationship with ICAO and represents the interests of its Member States at ICAO Assemblies and other special events. ECAC has a strong record of contributing to the work of ICAO in the context of producing solutions to global air transport issues.

Relations with ECAC's sister regional organisations are strong, inter alia through bilateral cooperation agreements and joint work programmes and activities with regional organisations and individual States. There are now in place memoranda of understanding with the African Civil Aviation Commission (AFCAC), the Latin American Civil Aviation Commission (LACAC) and the Arab Civil Aviation Organization (ACAO), and also with Kazakhstan, Singapore, the United Arab Emirates and the Republic of Korea.

High-level meetings are held once or twice a year with the United States administration and over the years these meetings have established their own importance to the ECAC Directors General and their colleagues in a number of US departments and agencies. Issues of mutual interest on both sides of the Atlantic, including security, safety and environmental issues, are discussed regularly with the United States, in meetings involving the departments of State and Transportation, the TSA and the FAA.

ECAC's relationships with organisations such as EUROCONTROL and associations representing airlines and airports are very important to it and are as close and cooperative as ever.

Responsible for external relations within the ECAC Secretariat 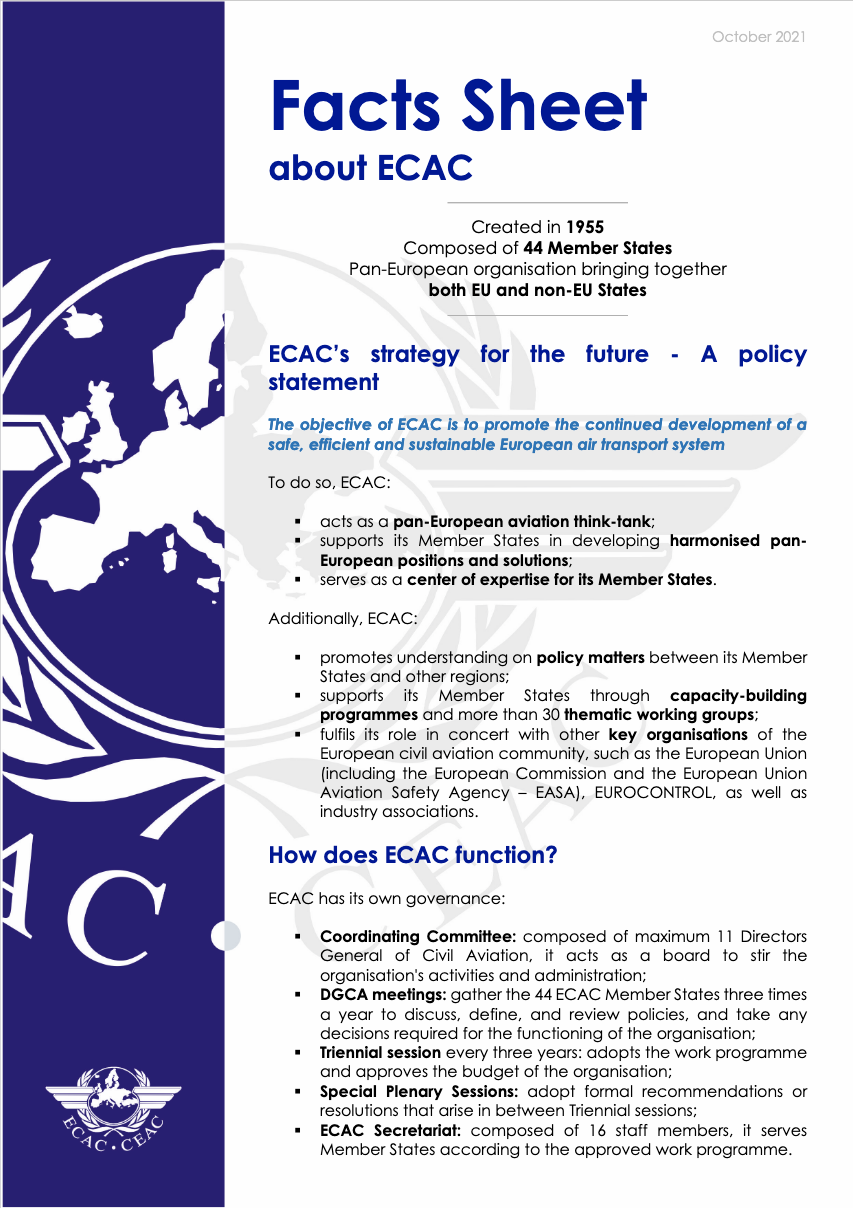